Thermal runaway can be a very destructive and serious condition on standby batteries if not identified in the beginning of the development stages. Ignoring thermal runaway can cause severe damage to the battery and surrounding equipment. This can result in costly repairs or worse, injury to personnel. In all cases, thermal runaway can lead to abrupt system failure and disruption of service if not detected. Institute a proactive method to deal with a thermal runaway condition.

How Does Thermal Runaway Occur?

Typically, thermal runaway is considered to be most prevalent on VRLA batteries but, can also occur with VLA batteries. Thermal runaway occurs while the battery is on charge, either in a typical float state or recharge following a discharge event. Essentially, the internal heat generated during charging exceeds the rate at which the heat can be dissipated through the battery case into the environment. This condition is exacerbated by several circumstances but in all cases will cause the battery to demand more float current which ultimately leads to thermal runaway.

Main causes of Thermal Runaway include:

High operating temperature ‐ As the ambient temperature increases the charge voltage must be compensated to reduce the amount of float current delivered to the battery. Failure to do so will result in increased plate grid corrosion, accelerated gassing and dry out and eventually thermal runaway.

 It is important to understand the relationship between ambient temperature and charger voltage. For example; the highest charge voltage that can be applied without the risk of thermal runaway is 2.32 Volts at 77°F. If ambient temperature increases, the charger voltage must be compensated down. If the voltage is not compensated down, gassing will occur at a higher rate than recombination can take place. Internal pressure will build in the battery, causing it to vent and generate heat. The battery manufacturers have tables showing ambient temperature versus max charge voltage.

With float current being the preemptive metric for determining thermal runaway, the Alber monitoring equipment uses this parameter as its detection method. This parameter has programmable thresholds to trigger alarm notifications that are communicated via sound, email notifications or relay closures. In addition, these relay closures can be used to interface to charging systems that permit controlling the charging voltage of the battery by either activating a preset fold back (reduced voltage) of the charger or disconnecting the charger completely.

Predict the Life of Your Batteries 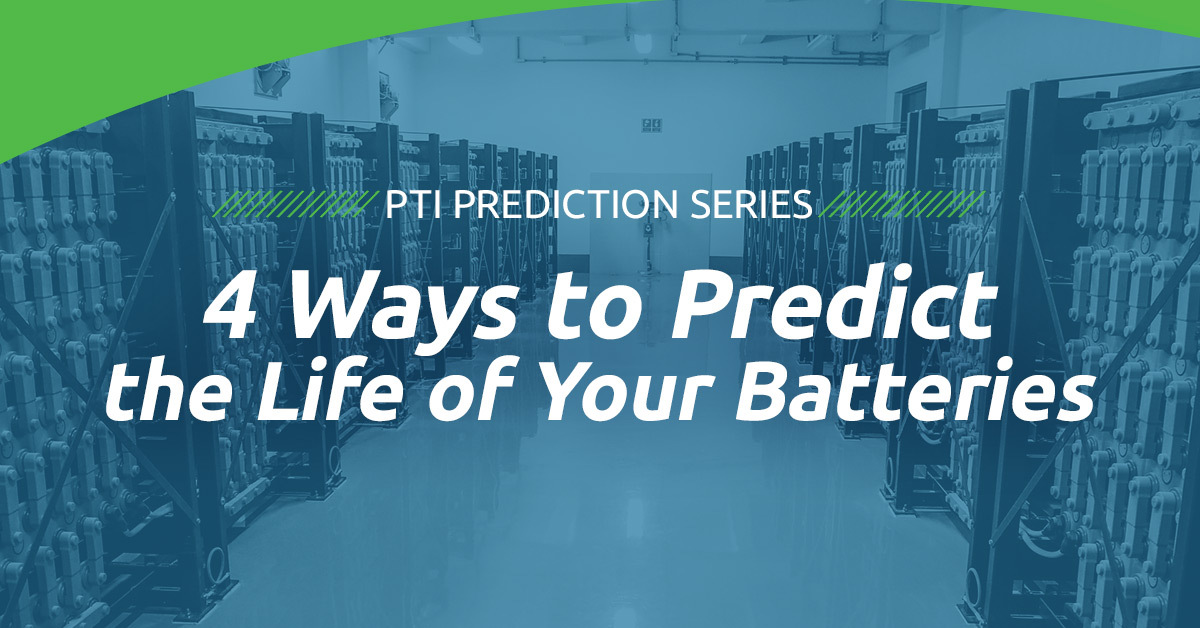